The Plantation Garden Programme of Events for 2022

Some old favourites and some new experiences for all ages 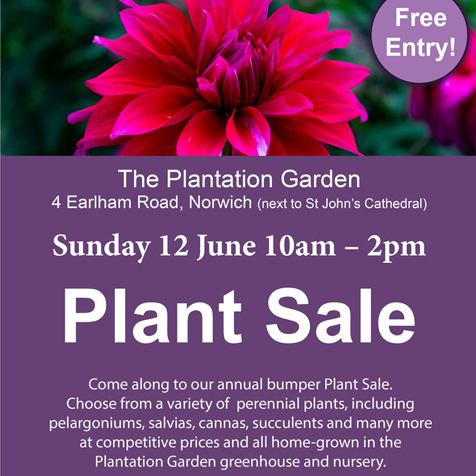 Come along to our annual bumper Plant Sale.  Choose from a variety of perennial plants, including pelargoniums, salvias, cannas, succulents and many more.  Competitive prices.  All home grown in the Plantation Garden greenhouse and nursery. 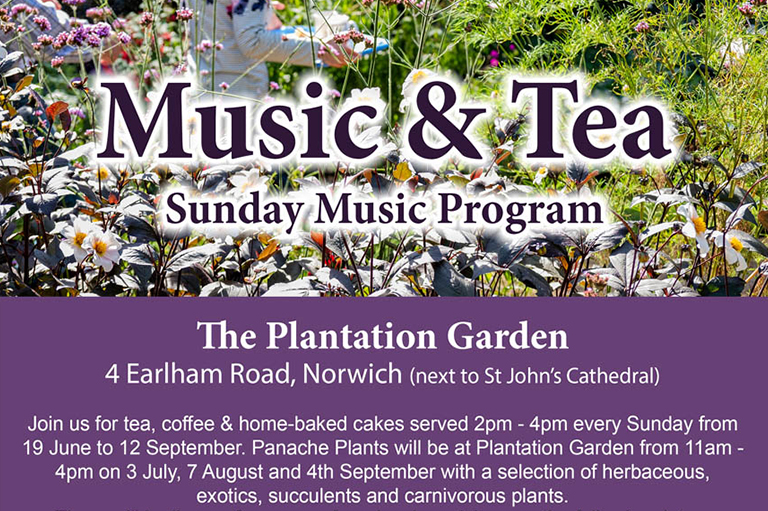 Every Sunday, up to and including 12th September

Join us for Sunday afternoon tea and homemade cakes, with accompanying musicians and singers: Will be at The Plantation Garden with a selection of herbaceous, exotic, succulent and carnivorous plants from 11.00 – 4.00pm on: 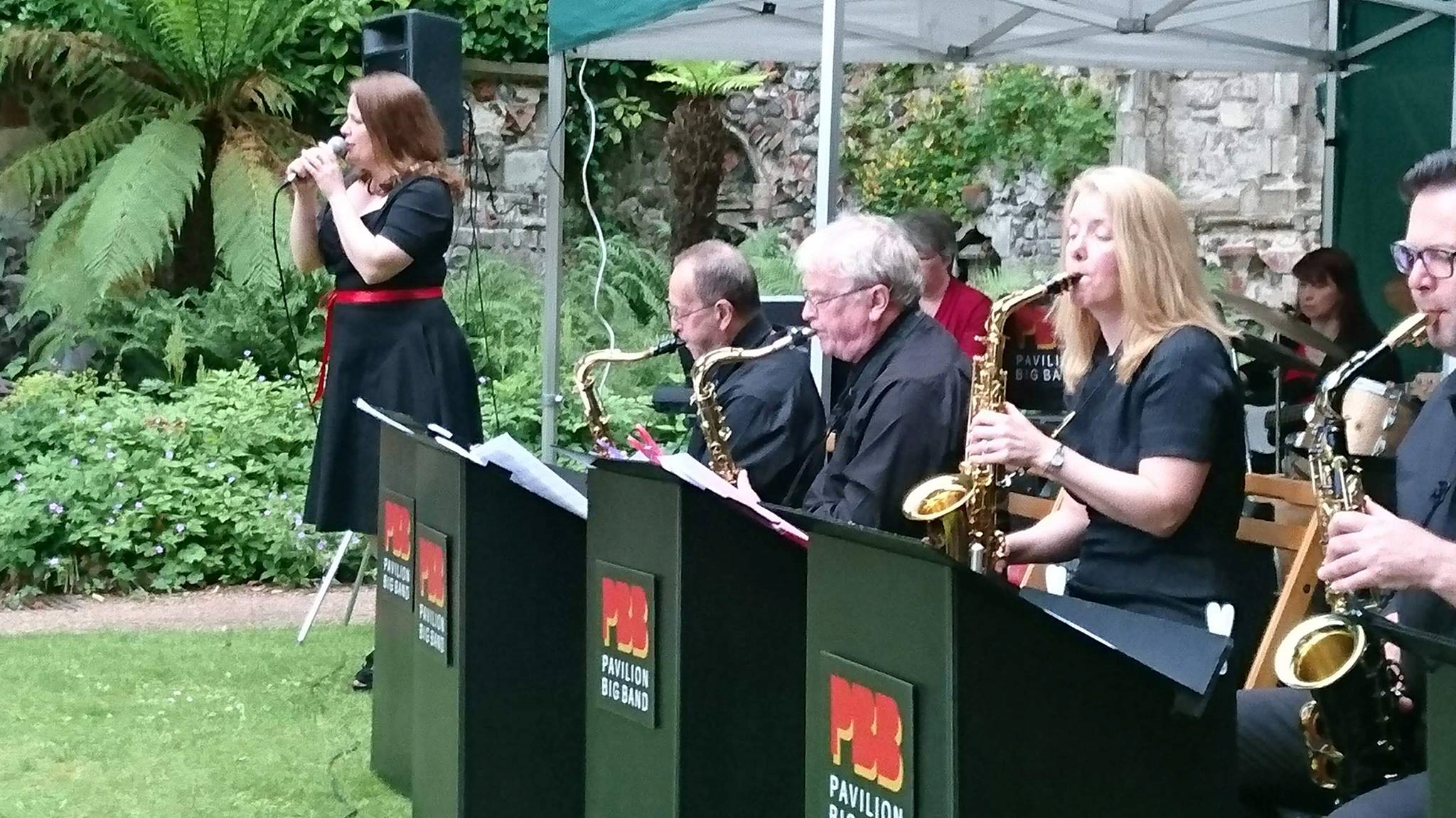 Bring your own picnic, rugs and chairs and enjoy an evening of swing music from the Gatsby era of the roaring 20s, Hollywood, Broadway and Big Band era of the 40s and 50s and beyond. 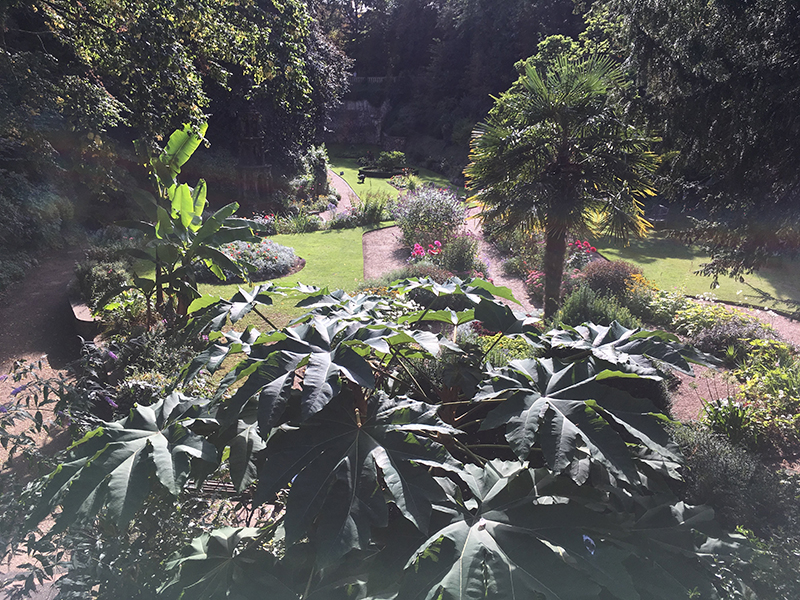 A light-hearted costume drama telling the story so far of the Plantation Garden (and English gardens in general) is to be made available to the general public in this year’s summer programme, for the first time.

Produced by the professional theatre group Time Will Tell, the show was originally devised for school audiences with support from the Norwich Freeman’s Charity and performed by them in 2021 to great effect.

The Company will return in July with another daytime programme for participating schools, but this year the cast will remain with us on Tuesday 5th July and Wednesday 6th July to present an adapted version for a wider evening audience.

These special shows will combine  the colourful story of the Garden’s Victorian origins, its collapse into ruin in the twentieth century, and its later rescue by local people, with a series of enhanced readings from classic garden literature putting it into its wider context.

‘The Prisoner of Zenda’

The Prisoner of Zenda is a swashbuckling adventure story, packed with intrigue, shady plots, shadowy figures, sword fights and romance.  Action packed fun for all the family.

‘Into the Woods’ by Stephen Sondheim and James Lapine

Celebrating the wonderful legacy of Stephen Sondheim with a show where ‘Once upon a time’ takes on new meaning. Fairytales entwine and collide and seemingly arrive at their expected endings, and then there’s more! Suitable for the whole family. 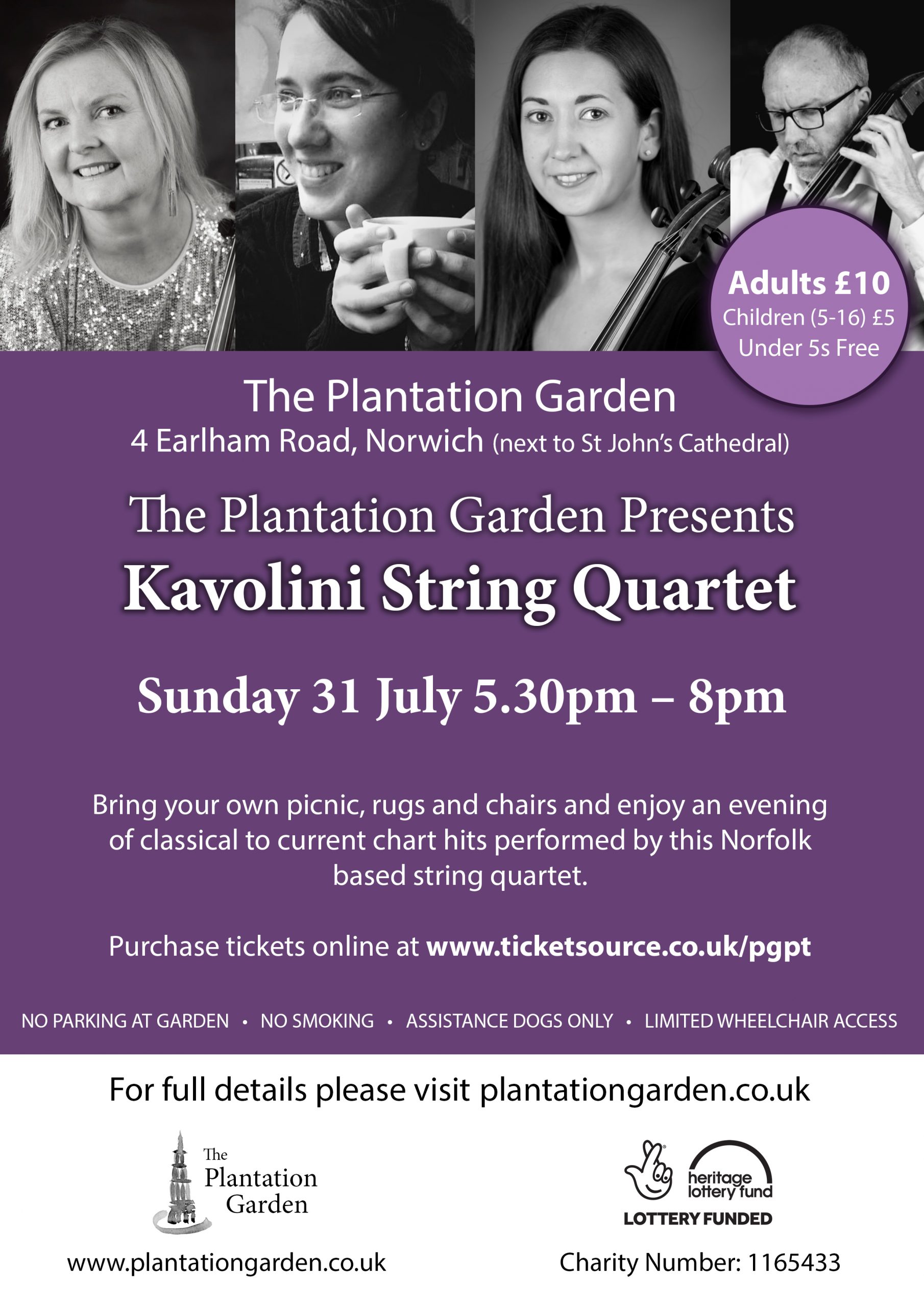 Bring your own picnic, rugs and chairs and enjoy an evening of classical music and current chart hits performed by this Norfolk based string quartet. 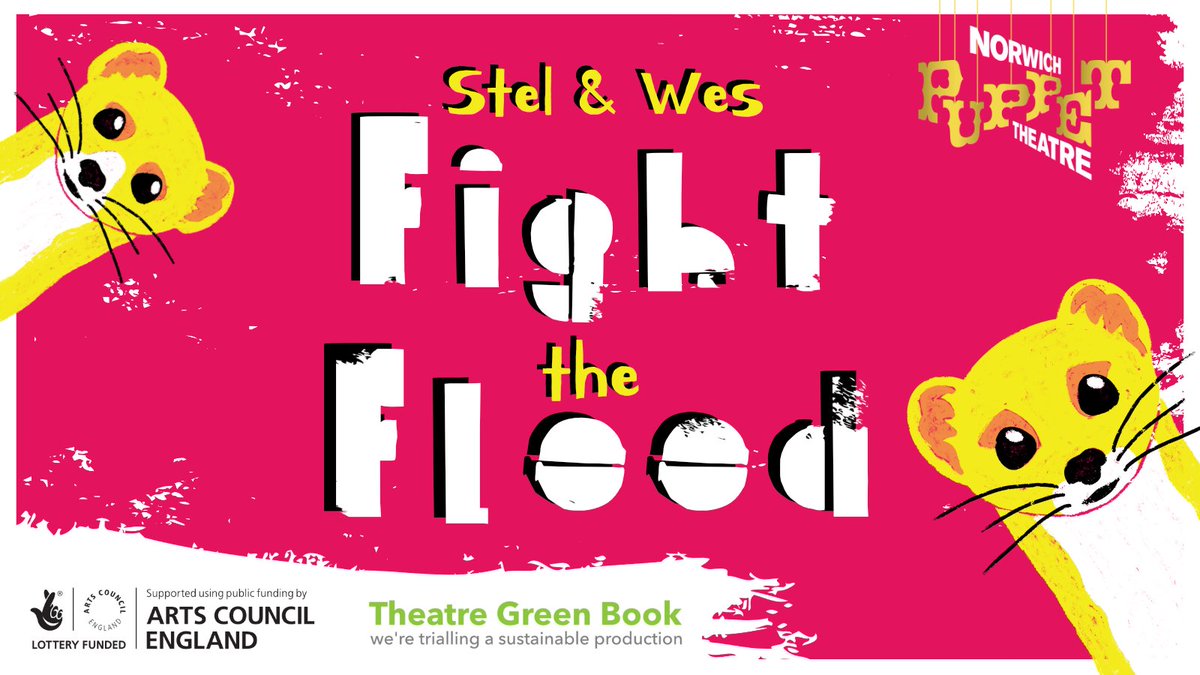 Stel and Wes Fight the Flood

This energetic, charming and witty new family show will leave audiences feeling inspired and enthused about the natural world around them.  Suitable for families with children 5+ 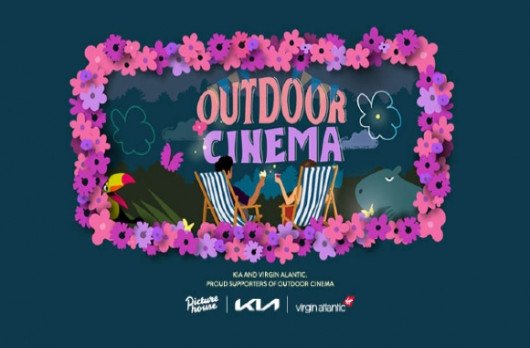 We are delighted to offer free entry to the Garden once again, for Heritage Open Day. 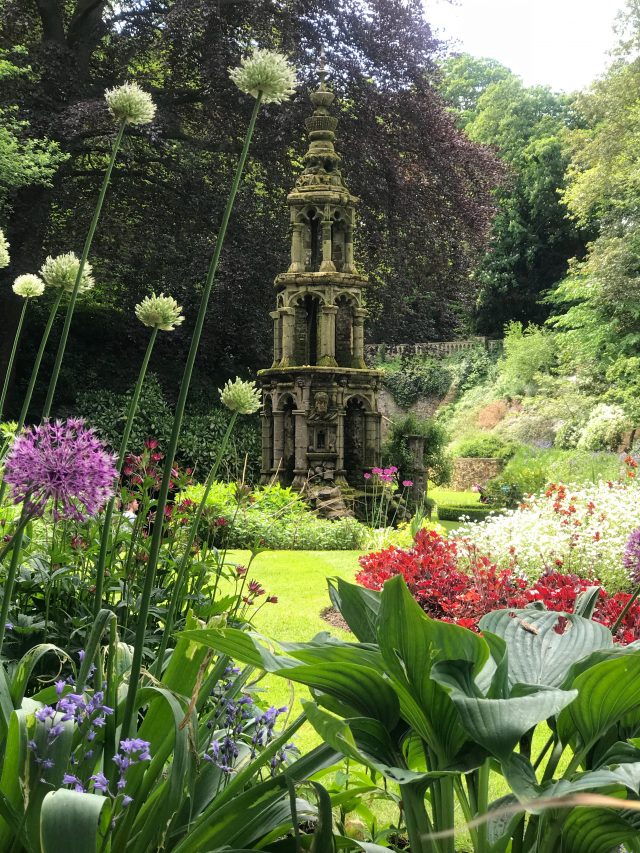 This event is open to all, but is particularly suited to those with visual impairment.

Norfolk Nature Stories is a Norfolk Library and Information Service project funded by Arts Council England, which aims to connect communities through the power of storytelling and nature.

Free event, but donations are welcome.

Please book a space by contacting Mark Smith mark,smith@visionnorfolk.org.uk by Friday 13th May.

Page Against the Machine

N&N Festival: City of Literature in partnership with the National Centre for Writing and The Book Hive

Pick a book, bring a cool drink and turn off your phone for a well-deserved detoxifying read in the beautiful Plantation Garden.  Make sure to take a picture of your chosen book and reading spot, and share with us on social media using the hashtag #CityofLit22